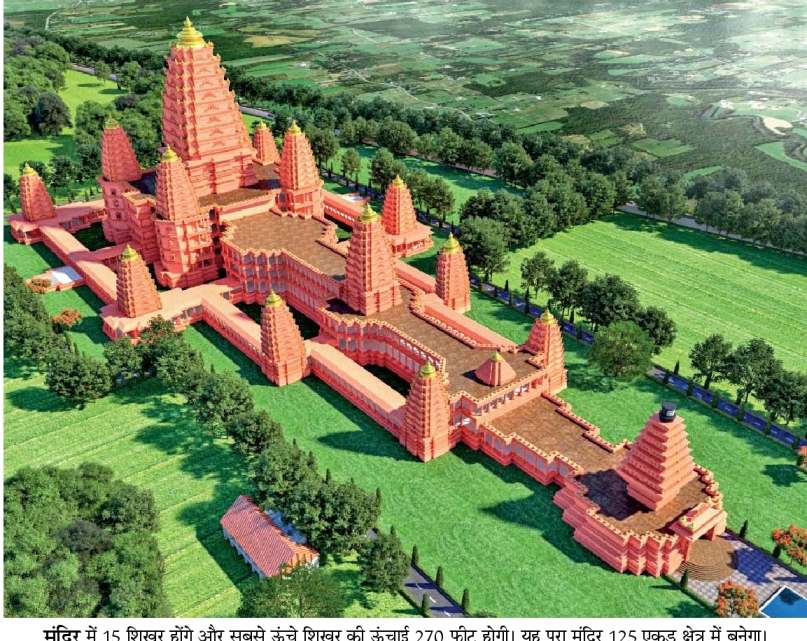 Acharya (Dr.) Kishore Kunal is a true visionary, a genius and a versatile and towering personality. He has been a highly celebrated I.P.S. officer, Vice-chancellor of a Sanskrit University and, above all, a dedicated social worker. In May, 2001 he took voluntary retirement from the coveted Indian Police Service, almost a decade before the actual date of his superannuation. This he did so primarily to serve the teeming masses, with special focus on the down-trodden dalits living in the poor State of Bihar. He is an author of repute and a great authority on Valmiki Ramayan. He is, currently, working as Administrator of the Bihar State Board of Religious Trusts, a statutory body which supervises the functioning of religious trusts in Bihar. The post is exempted from the office of profit by an Act of the Parliament.

As an I.P.S. officer he was reputed for his honesty, integrity and dedication to duty. He is still remembered by the people of Bihar as a very strict and dynamic police officer who effectively controlled crime wherever he was posted and who was a Samaritan to the peace-loving people and a terror to hard-core criminals. He served in Gujarat and Bihar cadres and was on Central deputation for long. He was an O.S.D on Ayodhya in Ministry of Home Affairs and was instrumental in amicable negotiation with Hindu and Muslim religious leaders on Ayodhya issue. His stint in C.I.S.F. was marked with varied growth of the organisation. His subordinates and colleagues looked upto him for guidance, leadership and found solid support from him for their righteous work. He has been an icon to the new genreation both in administration and civil life.

Because of his sound scholarship, particularly in Sanskrit literature and language, and reputation as a no-nonsense administrator he was appointed Vice-chancellor of K.S.D. Sanskrit University, Darbhanga where he brought the decaying and derailed university on right track. He enforced discipline in the functioning of the University and regularised the session and eliminitated corruption and copying in examination. Like police service he relinquished the top job of the Vice-chancellor in midst of his tenure because he never intended to be tied with a chair for ever. There, too, he kept a maha-dalit Chauthi Sadai, as the Registrar of the University.

(A) Earlier the temple of Mahavirji was small one. But by His grace Kunal converted it into one of the best Hanuman temples in the country. Through the temple trust of Mahavir Mandir he has revolutionised the temple economy by raising it from rupees one thousand per month to rupees one lakh per day. He is a pioneer in projecting philanthropy as the true ingredient of a religion. Under the aegis of Mahavir Mandir trust he has established a number of charitable hospitals where dalits and economically weak sections of the society get treatment at a very nominal charge and in many cases without any charge.

(B) He is establishing an orphanage for abandoned children and a hospice for terminally sick patients at Hajipur. These two institutions will be run without charging any fee from the inmates.

(C) He has institued Shravan Kumar Puraskar for those who serve their parents sincerely. He has undertaken the burden of the marriages of those unfortunate girls whose parents are killed in any crime or an accident.

(D) As Secretary of the temple trust of the famous Hanuman Mandir, Patna, he allocates sufficient fund for the uplift of the dalits in the State. Every year in Hanuman temple, the birth celebration of the dalit religious leader, Sant Ravidas, is celebrated and a procession is taken out through the streets of the capital town in which a number of V.I.Ps. also participate. He has helped a number of dalits by giving financial help for education and establishment of small-scale industries.

Chairman of Bihar State Board of Religious Trusts

Earlier as secretary of Mahavir Mandir Trust and now as a Chairman of the Bihar State Religious Trusts Board, he has done such a commendable work that Hon’ble Justice S.N. Hussain wrote the following paragraph in a momentous judgment in Misc. Appeal no. 205/2001 on 11th April,2007:

“ It will be necessary to mention here that this Court expects that the Board as well as its Administrator Mr. Kishore Kunal, who is personally present in this Court, will not only bring the Math in question to its lost glory of healthy religious activities, rites and rituals, but will also see that the Math is developed into an ideal place of worship for the actual beneficiaries, namely, its devotees and that its properties and income are being used for the real purpose of such a trust, namely, service to the humanity, which the Board under its above named Administrator have done in similar trusts of Bihar in the recent past.”

As an Administrator of the Board he has renovated a large number of religious trusts in Bihar. He discovered the most ancient nature of Mundeshwari Mandir at Kaimur hills and the great antique value of one of the largest Vishun idols in the country at Samas near Barbigha in Sheikhpura district of Bihar. He has recovered trust worth crores of rupees properties from the clutches of criminals and anti-social elements. Therefore, he is one of the most popular figures in the State.

(A) He is responsible for ushering in a silent social revolution by appointing dalits in prominent temples of Bihar. As Secretary of the famous Mahavir Temple Trust, Patna, he had appointed a dalit, Phalahari Suryabanshi Das, as a priest in this prominent temple on 13th June, 1993 in the presence of a galaxy of eminent religious leaders. The dalit priest is, now, a highly venerated priest in the temple and persons belonging to all sections of society seek his blessings. In addition, many temples have now dalit priests because of his towering personality:-

(B) As an Administrator of the Bihar State Religious Trusts Board, Acharya Kunal has invariably appointed dalits in the management committees of almost all temples in the State. He has appointed dalits as the executive heads in a number of temples in Bihar. He created history by appointing an all-dalit temple trust in the management committee of the famous Ram Janaki temple at Hilsa in Nalanda district.

(C) As an Administrator of the Religious Trusts Board, he has introduced a highly laudable concept of Sangat and Pangat in different temples. Sangat means community worship. On a fixed date in a week all devotees from dalits to Brahmins sit together in the temple and join the common prayer which has been very rare in the State. By the concept of Pangat, Acharya Kunal has introduced community dining in temples and public places on specific festival days. Earlier there was a practice that persons belonging to different castes were dining separately in batches, but by introducing the concept of Pangat a new era has, now, been heralded where dalits and Brahmins sit together and dine together.

(D) Wherever there has been any atrocity on dalits or there has been any religious discrimination against them, Acharya Kunal has rushed to the spot and tried to resolve the issue amicably. By convincing and persuading people, he has always succeeded in harmonious settlement of such contentious issues. In early 2005, in Bandra village of Muzaffarpur district of North Bihar dalits were not allowed entry in Kali temple. Even the local dalit leader who was a powerful Minister in the then Cabinet of Bihar was not allowed entry inside the temple. There was a lot of tension in the locality and the local administration was almost helpless in resolving the issue. It was Acharya Kunal who visited the village and persuaded the people to allow dalits’ entry into the temple. It was because of his efforts that persons of all sections of the society attended the rituals in congregation and dalits got entry into the temple after protracted negotiation with caste groups. A grateful district administration acknowledged this effort of Acharya Kunal and the then District Magistrate of Muzaffarpur, Shri S.K. Mishra, informed the Times of India on 14.4.2005 that the dispute could not have been settled but for Acharya Kunal who gave his best to resolve the problem.

(F) Kunal was instrumental in feeding thousands of flood-afflicted poor people during the Kosi river deluge. Through his good offices medicines and cloths worth a million rupees were distributed in the Kosi area. Now he has taken a number of poor students for their rehabilitation and free residential education at Ayodhya through his another organisation Nikhil Bharatiya Teerth Vikas Samiti which is an All-India Society registered in Delhi.

(A) He is author of many books. The topic for his thesis for Ph.D. degree in Sanskrit department of Patna University was “Criminal Law in Ancient India”. He prepared and published a thousand page book on the biography of Lord hanuman “Maruti-charitamritam” with its translation from the legendary scholar Late Sitaram Chaturvedi. His book “Buddhavataraya Namo Namaste” is already published. He has already edited “Maruti-stuti”, “Maruti-Shatakam” and other books. His magnum opus is ‘दलित-देवो भव’ (Dalit Devo Bhav)in two volumes published by Publications Divisions, Ministry of Information & Broadcasting, Government of India. It comprises 1500 pages and is a comprehensive work which is likely to get all laurels from the literary world in near future. His books on Ramanandacharya, Kabir, Raidas and Tulasi are to be published shortly.

(B) In addition, he is a powerful orator and has given lectures and sermons in Rajasthan Ramananda Sanskrit University, Prayag, Hardwar and many other places in the country. He has presided over the following sessions of All India Oriental Conference:-

He is equally proficient in administration, writing and sermons all the three attributes acknowledged by the Publications Division on the cover page of the book ‘Dalit Devo Bhav’.

Acharya Kunal has many awards to his credit.

The unique achievements of Acharya Kunal are best appreciated when we weigh them in the background that still there are not many major public temples in the country, where a dalit is functioning as a priest, whereas Acharya Kunal has a number of temples, as enumerated above to his credit, where dalits have been appointed as temple priests, along with Brahmin pujaris. Thus, Acharya Kunal has heralded a new era in Bihar. It will not be an exaggeration to add that in post-Independent India, very few people have done such an outstanding work for upliftment of the depressed classes of the society in the religious field as Acharya Kunal has done. By appointing dalit priests in the temples, where even their entry was not allowed for centuries, Acharya Kunal has made a silent revolution in such a sensitive area where very few persons have dared to stride and he has strode this path with outstanding success, with support and laurels from public, press and even from judiciary.

Acharya Kunal’s work in the field of selfless service to the society in general and depressed classes in particular is outstanding and may be next to none in the country.